PART III – WHAT NOT TO DO

I want to move onto practical side on things, how do you fight stress?

I’m going in two directions here. What to do and what not to do.

The latter is important because there are things that will only add fuel to your situation. I know because I’ve done a lot of them. It was because of my ignorance and lack of understanding the subject. If any of these things work for you, then great. I can only give opinion drawn from my experience and advice taken from people close to me.

NOT TO DEAL WITH STRESS

– apart from obvious health related risks, smoking does not help with stress. Believe me. I know, because I did find myself smoking in stressful situations. And I would say to other people:

Yes, good one. You either smoke, or you don’t.

I realised that I didn’t crave the cigarette as much as the five-minute break. I hated the smell, the taste, the feeling after. But I would do it again and again.

Once you understand it’s just a habit, and you replace the cigarette with something else, it becomes easier to quit. It is still hard, because of the physical addiction to the nicotine, but you can do it.

– “It’s just one glass to relax, it’s fine right?” Yes, one glass of wine or beer may be ok, but it’s the conditioning of your brain that can lead to a trap.

The moment you link drinking alcohol to stress relief you should watch out. Alcohol should never be a solution for anything.

With insomnia, I would depend on alcohol as an answer to my problems. It was a long time ago, but not only it didn’t help, but hangovers weren’t pleasant either.

Sleeping pills and other drugs

– another great experience I had.

Sleeping pills are good until you can’t go to sleep without them. They can help when your sleep pattern is all over the place but be careful with them. It can take few weeks to wean off them. And the effects are not as powerful when you take them often.

Same with soft drugs. They can help you to relax but the moment you depend on them with your stress or insomnia, it’s hard to reverse that conditioning. Especially when you say to yourself stuff like:

“I’m not addicted. I always had problems with sleep, and this is the only thing that can help me.” Dangerous route.

– I never had problems with that, but I know people who did. You spend all your time in bed. Just want to go to sleep and forget about the day. Too much sleep is bad for you and will not solve anything.

Also, it can have a negative impact on your relationships with other people. And it will make you more tired. It is crazy when you think about it. 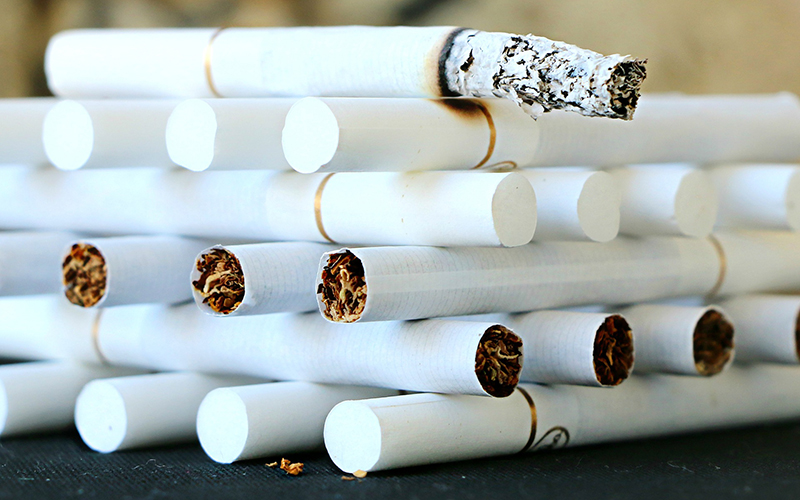 – you are stressed, you don’t want to cook. I get it. But snacking, sugar or takeaway food can lead to stomach problems. And you will run to the toilet every five minutes. Yes, soda will give you a quick rush of energy. But the crash half hour later will be as fast.

– I love video games. I always did. But I haven’t played on my PS4 for over two years now. Why? Gaming became my escape. A bit of wine and an evening with Battlefield or Dragon Age was my way to relax.

“What’s wrong with that? It’s not harmful.”

Yes, you are correct. Until you start to neglect other stuff.

For now, I cut it out, I needed that. Binge-watching Netflix, gaming or just surfing the web without any goal is the easiest and cheapest solution to stress. But in the long run, balance is needed.

Is there something better that you can spend your time doing?

Maybe instead of watching four hours of TV you can watch one hour and pick up some other activity too. I still love games, though. I just don’t play them anymore.

Cutting off your friends and family

– when you are stressed you don’t want to talk to anyone. Why would you? They don’t understand your problems.

I have a big family, so it is harder for me to do that. But I still had a few months when I withdrew from social interactions.

I mean, you still talk to people at work right?

You need outside contact too. It can give you an awesome perspective, and you can start seeing the “big picture” again.

There were a few weeks when we worked on a big project. Everyone at work was so stressed, nothing else existed for me. After the project has ended I went to see my family and friends; we had a nice afternoon barbeque.

All I wanted was to talk about this project.

“Hey, so have you guys seen XYZ yet?”

And subject changed to something else in five seconds.

Why don’t they care?

For the last few weeks, it was my whole world. In a second, I was grounded again. The stress bubble has swallowed me whole, and I lost the connection with the real world. Don’t neglect your friends or family, they will often help you in indirect ways.

Taking out stress on others, mood swings, grumpiness – it will affect everyone around you. Then a few hours later you will be thinking to yourself

Stress can ruin the best relationships. You may think to yourself “They don’t understand the pressure! They would do the same in my situation!”.

Well, for starters everyone else has their problems too, and you don’t know how other people would act in your shoes. Also, it doesn’t matter, taking out your problems on others is never the solution.

These are just a few thing that in my opinion do not work.