Are you looking for a control surface for your DAW but you are not sure which one to choose?

There are plenty to choose from; however, in this post, I wanted to talk about Icon M+ platform and Pro Tools. A control surface lets you control what is happening in your audio sequencer but with physical knobs and faders and buttons.

Is it necessary to produce podcasts?

You can work with just a keyboard and mouse, and that’s what I’ve done for years.

However, as you progress and develop your skills, the longing for physical faders may start to grow – especially if you worked on proper consoles before. A simple control surface will be more than enough for podcasting, and there are plenty on the market!

Before I start, I want to mention that I upgraded my control hardware to Avid S1, but I wanted to make a review-post about Platform M+ as I used it for a long time. 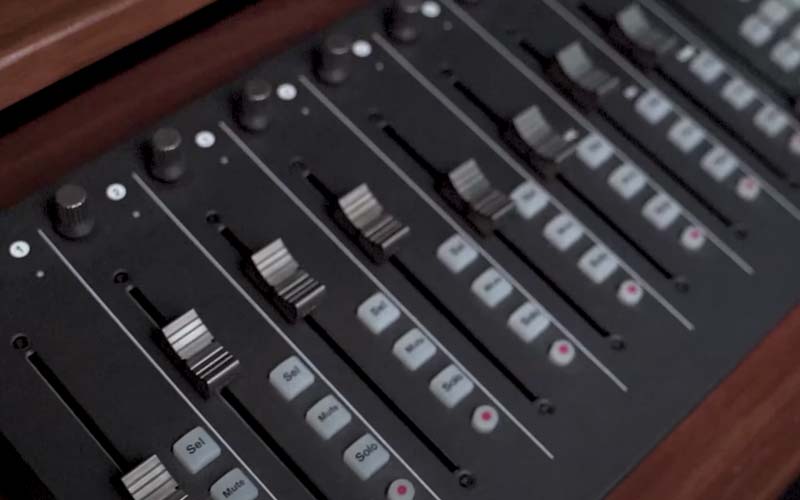 I mentioned it before, I started on mouse and keyboard and worked purely in the box when I began working on Casefile podcast. After a while though, I missed having something physical to be able to control automation during a mix – I worked on consoles in the past, but I didn’t want to spend money (as I didn’t have any) just yet.

So for a little while, I used a control wheel on iD4 interface that let me control a single automation parameter.

After some time, I decided to move up a bit and get a proper control surface with eight faders.

As I work in Pro Tools, my choice was limited. Pro Tools works on EuCon, and it’s a closed system, meaning 3rd party hardware can’t manufacture for it – only Avid can.

Of course, their hardware is costly – at that time the eight fader surface they had was Avid Artist Mix, cost around 900 pounds.

I didn’t want to spend that much money on my first control surface plus Artist Mix was quite old already, and they were gossips that they would stop supporting the system. It’s now officially up to 2024 that they will keep this control surface.

So looking for something more budget but still with motorised faders I found Icon M+ platform which is a modular control surface and works with many audio sequencers.

It works in Pro Tools too, but it uses the HUI system, which is quite limited.

For my work, I only wanted faders, knob pans and transport. M+ was less than 300 pounds, so I got it a couple of years back.

I haven’t tested it on other software – only Pro Tools, so my view and my experience are limited.

The first issue was that the control surface didn’t work straight out of the box. I downloaded the software, updated the firmware and I remember that I had to spend quite some time online looking for a solution.

I did find it eventually; also, there is a document on their website that helps to set it all up. It’s not plug-and-play, definitely not with Pro Tools. 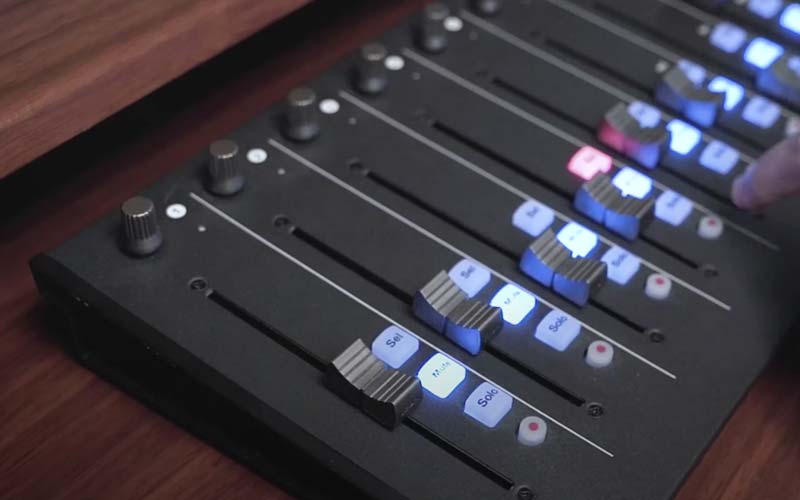 But, let’s start with what I liked about the control surface first!

The Icon M+ surface is cheaper than some and cheaper than anything from Avid. The big selling points are the motorised faders  that move with the automation.

It’s a sturdy build, and it fits perfectly on the shelf under the desk, I also like the colours on all the buttons and how it lights up when you switch it on.

Faders are why I went for the system. It makes all the difference and gives you the feel of working on the proper console. They are touch-sensitive and are decent to track automation.

Let’s now get to the shortcomings of Icon M+.

HUI and set up

It wasn’t easy to set it up, definitely not plug-and-play. Also, HUI connectivity with Pro Tools is minimal. Master fader doesn’t work at all. Pan knobs also don’t work correctly, and it’s just not very intuitive with Pro Tools system. It feels restrictive.

The faders are touch-sensitive and motorised; however, sometimes they jump up or down when recording automation, they get stuck or block you from writing automation.

It doesn’t happen all the time, but it happens, and I reckon that’s also because of HUI connectivity.

Apart from all that, the transport buttons work fine. It’s easy to move through channels, and at its core, the control surface does what it needs to do. I used it for a couple of years and got past the limitations, but it also put me off digging more into the system. Setting my shortcuts felt like too much hassle.

So I just used the essential functions of the surface.

The Select, Mute and Solo buttons worked fine, but knobs not working correctly with the pan is a big drawback. They let you pan to one side on a stereo track, but I didn’t know how to switch the knob to the other pan. I guess it would be ok for Mono or linked pans.

Again – all of it is because of Pro Tools and HUI connectivity. M+ may work much better with other software, but I haven’t tested it.

I said that I’m upgrading. Last year Avid released the successor to Artist Mix – S1 control surface. It’s a modular, eight fader system that works flawlessly with Pro Tools it’s a EuCon system. It also works with a tablet on top and their Control App – so a proper next-generation control surface.

I knew that I wanted to upgrade and I felt that I should still go for Artist Mix, but after a bit of research, it became clear that S1 is a superior system and Artist Mix now outdated.

Of course, there is a price tag with S1, I got for 1060 pounds, and that’s without a tablet! I did get an Amazon Fire 10 inch tablet and that works well with S1.

M+ served me well, but it was time to say the final goodbyes.

And of course, I will record video and post a review on S1 console once I spend a bit more time with it,