For people who aren’t familiar with iZotope, they make a highly respectable, top of the shelf tools for producers and audio engineers – everything from mixing, mastering to, of course, audio restoration.

On 1st of September, they released the latest version of their audio restoration tool, RX8 and I got the update as soon as I woke up! Just kidding, I did check it out on their website first.

I use iZotope software for all my work. Some time ago, when I was still collecting plugins I decided that I will focus on just a handful of them and try to master them. I wanted to limit myself consciously. I find freedom in certain restrictions.

I used iZotope stuff the most, so I stayed with them.

I use Neutron for mixing, Ozone for mastering and of course RX for audio restoration. I started on RX4 back at my previous job at the movie studio, but for podcasting, I bought version 5 and upgraded from there. I also tend to get the upgrades with the Post Production suite rather than buying single plugins.

I use RX every day, I have my module chains, my shortcuts, my workflow. I was looking forward to RX8, wondering what they will come up with.

After they released the video, I watched it first, and even though I didn’t feel like post-production modules got the most significant upgrade and I thought they focused on music production more, I decided to get it.

The install was easy with their Product Portal, and I authorised to my iLok.

After the initial launch, I imported my presets and wanted to set up my keyboard shortcuts.

When I upgraded from RX6 to RX7, preset import didn’t work that well. It didn’t get the modules nor the settings right, and I ended up re-doing everything manually.

What pleasantly surprised me was that import from RX7 to 8 was easy and worked well. I doubled checked the modules and settings, and they were on point.

All the keyboard shortcuts were automatically implemented as well, and I didn’t have to do anything at all. 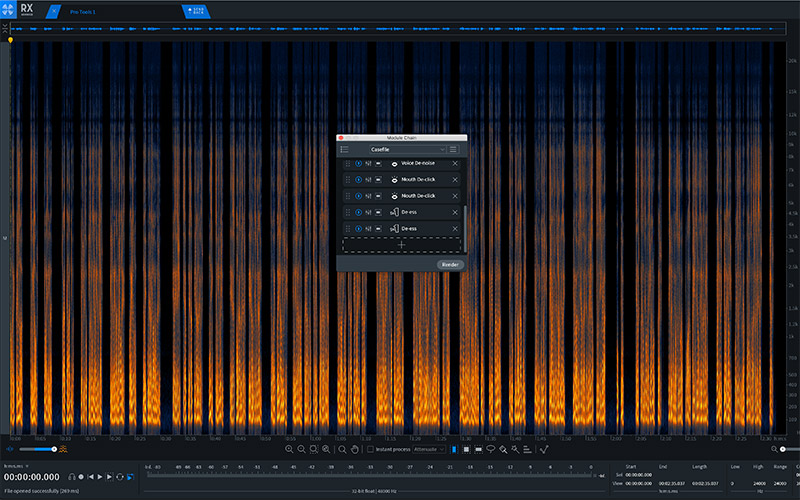 I mentioned RX7 full-screen performance in a post about my system upgrade, but long story short my 2015 iMac wasn’t happy with the full screen, so I have the window a bit smaller. I wondered if RX8 performance would change in that regard, but no. It was laggy when I made it full screen.

Fortunately, I am updating my iMac to the latest model, and it should be delivered in a few weeks. Hopefully, on a new and faster system, I will be able to operate in full-screen mode.

I work on module chains with various De-clicks, De-noise and others. However, I don’t think any of these were changed. If they updated the actual algorithm – I don’t know. But the ones I use every day and with module chains look the same.

The first significant and helpful improvement is horizontal scrolling. I use Magic Mouse, so this will be a big help. In the past, I had to operate with keyboard shortcuts and drag the screen from the window’s edge to move around.

This update will make editing much faster and easier.

The interface looks the same, so no big changes there.

What about new modules?

First one is Guitar De-Noise. It looks cool and will help guitar players to make their recordings cleaner. I won’t be needing it for the foreseeable future for podcast production though.

One option that may be beneficial is amp/buzz removal. Some dialogue clips that I work with suffer from that, so maybe this tool could help with cleaning them up.

Next one is Spectral Recovery. Now, this is interesting. It takes audio with limited frequencies like a Skype or phone call and tries to rebuild higher frequencies.

This is the tool that made my decision to upgrade, to be honest. At this moment I’m working on two Casefile Presents podcasts that have a tonne of audio clips – phone calls, remote recordings, location recordings. Most of them are of mediocre quality.

I decided to use Spectral Recovery on some of the clips. 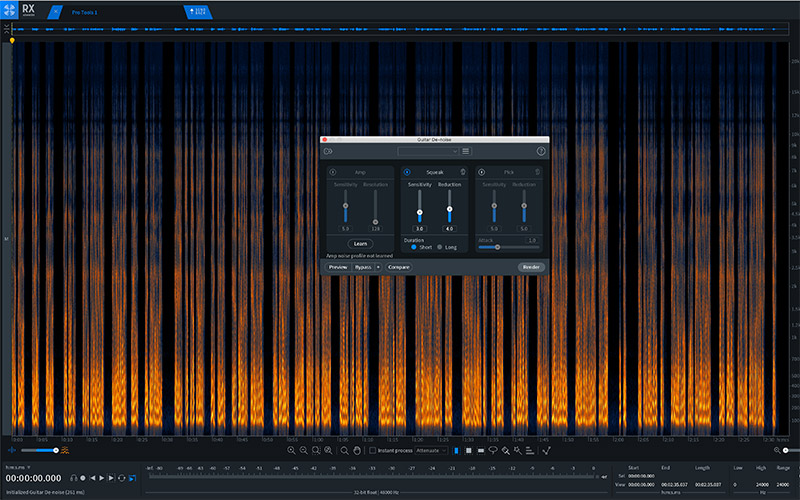 The render is relatively slow, similar to the old Dialogue Isolate. Of course, the performance may be better on a new iMac.

Especially if you set a higher value of added frequencies, it seems to work great on sibilance – words like she, search, case. But it creates a weird effect where the sibilance is prominent and sounds out of place. So what I’ve been doing is setting the amount to quite low, around 20% and sibilance balance to -50. It still makes some of them stand out, which I then had to erase with Insert Silence manually.

When it works, it adds a little bit of presence to the clips, but it’s not a game-changer. However, I think that the idea behind this technology could be an absolute game-changer in the future versions. If they could rebuild the fundamental frequency so that it sounds natural, that could be amazing.

They’ve also improved Music Rebalance which I don’t use – although it would be beneficial back in the past when I was remixing Silent Waves podcast from just stereo MP3 files.

Loudness module update – again, I don’t use it within RX. I use iZotope Loudness Control standalone plugin.

Wow & Flutter – this looks cool, but I don’t know if it will be helpful for dialogue and podcasting.

A few more that were improved as well were De-Hum and Dialogue Isolate.

I used De-Hum in the past, but I wasn’t impressed with it, even in version 7 of RX. As I was working on draft 2 of one of the episodes, there were some clips recorded in a room with a very audible hum.

I cleaned it before, but it was still there. So, I applied the new RX8 De-hum module, and I was pleasantly surprised. It is definitely an improvement, and I’ve run adaptive mode once and once more with the Learn option, both very quite helpful.

I love this module, but it was very slow in RX7, it takes ages to render but incredibly helpful in podcasting.

They updated it in RX8, and again, I tried it on some clips for the upcoming Casefile Presents show. Clips I’ve already cleaned up, with previous Dialogue Isolate. I rerun it to check if it helps, and it does!

Not only that, but the render is also much faster than previously so this one is actually what got me excited. 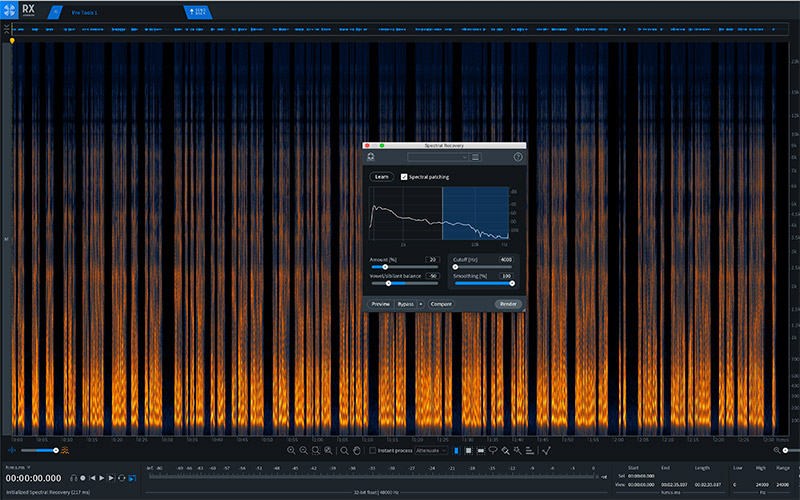 With Casefile I’m spoiled. The show features one narrator who records in his vocal booth on an excellent mic. I’m used to good quality.

However, Casefile Presents shows are a challenge because they feature interviews, location clips, phone calls, archives and just different types of audio with varied audio quality.

Therefore I need more tools than just de-click, and simple de-noise in my arsenal and RX8 offers that.

Ok, so what’s the verdict?

Overall the performance is better, and even running my module chain I felt like it cleans up the dialogues better than in RX7 so that they may have improved stuff under the hood as well.

It’s a solid update, even though it seems like they did focus on music production this time rather than dialogue post-production. Maybe because their modules for dialogue are what’s enough? Just need improvement here and there.

Should you get the upgrade?

I’m excited about iZotope machine learning technology, and I love their stuff. I also do this every day, and I use their tools every day, so for myself, it was a no-brainer if I want to keep on top of it. However, I also know that their software can be pricey, especially the advanced versions.

I would suggest first to download their trial versions and learn it. See if it helps in your workflow.

Then look at the modules, what you use and what’s helpful and choose the version you need. They have three, Elements, Standard and Advanced.

RX8 is not a revolution if you are upgrading from RX7, but it’s a solid progression and makes work more enjoyable for sure. At least for me!