The system has served me very well, but it was time to update.

At the beginning of August 2020, Apple released a new line of iMacs and when I checked out the specs I decided to get one. In this post, I will be looking at the performance and how much better the system is for podcast production.

When shopping, there were a few options that I’ve selected as well.

I find it that one big screen is enough for my work. Anything less and I would probably need two screens, 27inch sits nicely on the desk.

Also, 27inch iMac is one of a few Apple computers where you can still get 3rd party RAM modules which is very important!

But on that later.

When selecting the computer, I stayed with a standard glass monitor and CPU. With memory, I left it at 8GB, and I left the graphics card as is too. The storage is all SSD now, and it is costly. Like I mentioned earlier, my 2015 iMac had a 3TB Fusion drive, and I was using most of it. Basic 512GB would be too small, but going into 2TB or 4TB territory – very expensive.

Now with an Ethernet connection, I’ve paid an extra £100 to upgrade to 10 Gigabit. My connection is not that fast, but I did it to future proof the computer. If I work on it another five years and then want to sell, 10 Gigabit will be a good selling point.

I left Magic Mouse 2 and changed the keyboard to Numeric. 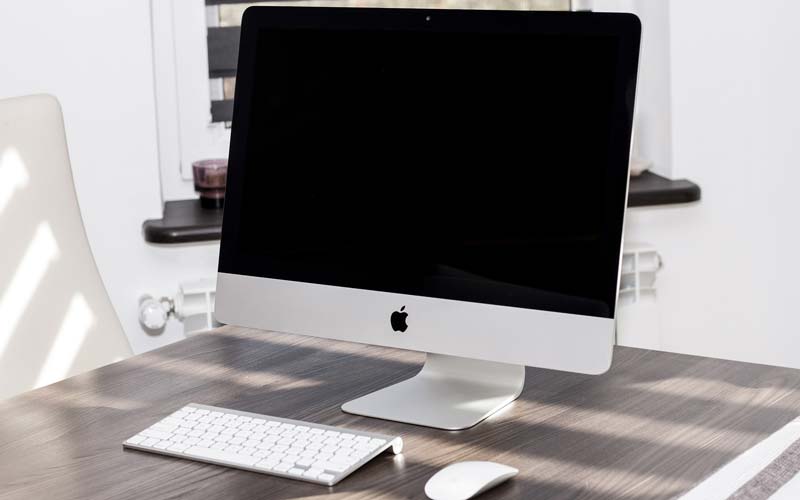 Now, let’s talk about RAM and storage. The 27inch iMac is still one of the few computers that have upgradable RAM. That means you can access it from the behind and upgrade it yourself.

The 2020 iMac was attractive because it supports up to 128GB RAM, which is a lot!

However, when you look at the shopping list, the upgrade from 8GB to 128GB will cost you an additional 2600 pounds! Which is more than the actual system! That’s insane.

The good news is that, just like with my old system, I could use 3rd party RAM, which works out much cheaper than 2600 pounds.

I usually go for Crucial RAM, but they were all out of 32GB modules.

After searching online, I found a website called Mr Memory, and they had 32GB Samsung modules in stock. I’ve ordered 4, which is 128GB.

The total cost was about 500 pounds, only 2000 pounds cheaper than from Apple!

The other thing was storage. I’m used to my 3TB Fusion Drive, and 1TB SSD wouldn’t be enough. The obvious option was to buy an external hard drive.

I use regular HDDs for archives, and after reading about the best one for work, it became apparent that I need to go for an external SSD, which is faster but more expensive.

Looking through the options, I decided on SanDisk SSD, which is a small, portable drive – I went for 2TB, which was 250 pounds at the time.

Back at Apple shopping site, 2TB was an additional 600 pounds and 4TB (they don’t have 3TB option) extra 1200. So I saved massively there as well!

That was about it when it came to purchasing.

Before the new system was delivered, I copied my work from the old one. I’ve decided to install software on the main drive; however, I would keep my instrument libraries (around 200GB) as well as working projects (over 1TB) on the external SSD.

I copied everything over.

When the new system arrived, the first thing was to take the original 8GB RAM modules out and insert 128GB Samsung modules.

Once I did that I switched the system on, it asked me if I wanted to use their Migration Assistant to move files over from the old computer, but I declined. I then instilled my leading software that is Pro Tools, Omnisphere, plugins from iZotope, Adobe CC and the rest – I’ve linked the libraries to the external SSD.

The install was super fast – thanks to RAM and the SSD. I’ve copied my plugin settings and decided to test the system as I would when working.

The first thing is that everything opens much quicker; there is no lag at all. Pro Tools runs smoothly, opens quickly and commands work very fast. I run the sessions from an external SSD. 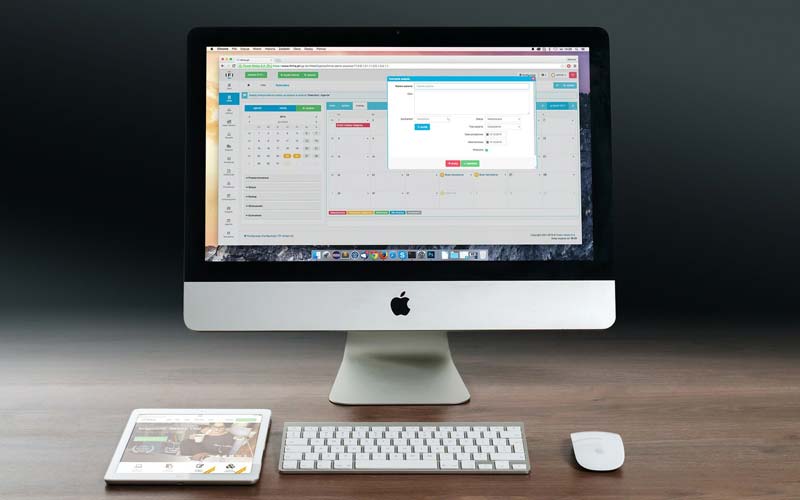 iZotope RX – I mentioned in the past that I couldn’t work in full-screen mode as the old system wasn’t having it. Well, the lag is gone, and I can now edit in full screen without any issues. The modules are much faster as well, it still takes time to run the whole module chain, but it is quicker than before.

The other thing is bounces within Pro Tools.

My podcasting session is set up in a way that all my mixing, mastering plugins and reverbs run at all times – I would get system overload quite often, especially if I had a browser on in the background.

No such issues so far and bounces are much quicker too.

First bounce is Commit from MIDI to audio – it used to take at least a couple of minutes to commit a 5-minute long track, not it takes 30 seconds at most.

The big one is, of course, the primary bounce. That is the full episode bounce with all plugins running.

On the old system, the speed for offline bounce was x1.9. So for an hour of the podcast, it would take 30 minutes to bounce.

Now, when running from an external SSD, the bounce speed is x2.9 so more than 50% faster.

If I copy the session on the internal SSD, the speed is the same, so no change there. I can work from the external just as I would from internal.

I’ve also done some music writing running the libraries from the external SSD – the load time is much quicker than it was when working from an old internal Fusion drive on the old iMac, which is excellent news.

As expected with a brand new computer and 4x the amount of RAM, everything runs much smoother, the bounces and renders are faster and internal operations quicker.

There are barely any load times – be it with keyboard shortcuts, libraries loadings or plugins.

Having the external SSD helps as I will use it as the main working drive and run sessions from there. It is much faster than my previous internal Fusion drive anyway.

Overall I’m happy with the upgrade, one thing I am a bit disappointed is that the computer design is the same as the old one. I would think that after so many years they would freshen up the system. It still looks good, but it’s not obvious that I changed anything!

If you are looking for an upgrade, remember that 27inch have the option to buy cheaper RAM, and it’s easy to upgrade storage with external drives too.

Apple will be soon moving to their ARM chips leaving Intel behind. If you are hesitant to upgrade because of that, remember that the transition will take a bit of time and also we aren’t sure that 3rd party software such as Pro Tools or various plugins will work with new chips straight away.

If you feel that your old system starts lagging a bit, I do recommend a new iMac (if you are looking at iMacs that is). It’s a substantial upgrade and will make the work faster and more enjoyable.